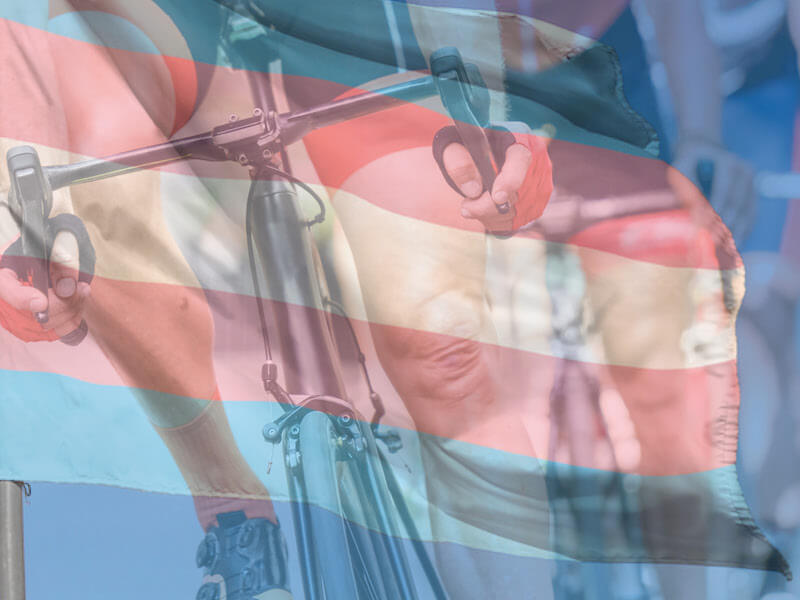 The decision by British Cycling’s Board of Directors to suspend its Transgender and Non-Binary Participation Policy – which was most recently updated in January 2022 – is hugely disappointing and will have a detrimental impact on the welcoming and inclusive environment that the governing body had been hoping to create in the sport.

The UK’s leading LGBTIQ+ sports organisations, LEAP Sports Scotland, Pride Sports and LGBT+ Sport Cymru, note the timing of the decision, which has been announced just a week after a trans cyclist, Emily Bridges, was barred entry into a competition for which she had met the Policy’s criteria in full.

The updates made to the Policy less than three months ago were the result of an extensive public consultation and a review of existing policies and guidance, including those produced by the International Cycling Union and the Sports Councils’ Equality Group (SCEG).

Yet in its statement today, British Cycling cites “concerns regarding the extent to which our current policy appropriately reflects the SCEG guidance”.

We have ourselves expressed significant and detailed concerns to the UK Sports Councils of the deep and unresolved flaws in this guidance and previously warned how it  presents a false dichotomy of inclusion and fairness, with sports governing bodies left to face a choice between the two.

At the centre of these conversations should be the welfare of those affected; in the case of Emily Bridges, a 21-year-old athlete who has been repeatedly harassed and targeted, despite her compliance with the application process for eligibility. We echo The Cyclists’ Alliance in calling for Emily to be treated with the kindness, dignity and respect that she deserves. In a week where experts have warned that the mental health of trans people is at crisis point, and where the issue of trans people’s participation in sport being used for political gain has escalated, then we would also remind British Cycling and other sporting bodies of their duty of care towards athletes where policy decisions that affect them are taken.

The British Cycling statement claims that the inclusion of trans and non-binary people “within non-competitive activities remains unaffected by the suspension” of its Policy. However, as organisations with many years’ experience in developing inclusive sport alongside NGBs, we know these words will be of little comfort to trans & non-binary people. Research from 2019 (Outsport) showed that 54% of trans people feel excluded or have at some point stopped participating in particular sports as a result of discrimination around their gender identity.

When the first iteration of its Policy was produced in October 2020, British Cycling’s then Chief Executive Julie Harrington said she hoped it would provide “additional reassurance to transgender and non-binary participants at all levels of our sport.”

Today, those same participants will feel abandoned, disheartened and discouraged.